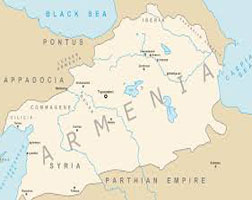 Armenia says it is negotiating with Russia a freeze of natural gas price.

Robert Nazarian, the head of the Public Services Regulatory Commission (PSRC), told lawmakers that “fluctuations” of the national currency exchange rate is a major factor in determining energy tariffs.

The Armenian dram lost more than 15 % of its value against the U.S. dollar and other major currencies late last year.

Nazarian said Armenia “is conducting negotiations with Russia for the natural gas price not to be raised because of the dram-dollar fluctuations.”

The PSRC raised the electricity price by 27 % in July 2013, pointing to the increasing cost of importing Russian gas, which generates more than one-third of Armenia’s electricity.

The price went up by another 10 % in July 2014 as the PSRC cited the need to end mounting financial losses incurred by the Electricity Networks of Armenia, a Russian-owned national power utility.