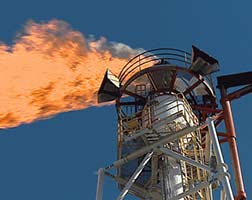 Nova Scotia –Bear Head LNG Corporation and Bear Head LNG (USA), LLC (together Bear Head), both wholly-owned subsidiaries of Liquefied Natural Gas Limited (LNGL), filed an application today with the US.Department of Energy (DOE) requesting authorization to export up to 440 billion cubic feet (Bcf) per year of U.S. natural gas to Canada, and up to eight million tonnes per annum (mtpa) of LNG from Canada to Free Trade Agreement (FTA) and Non-FTA nations.

This DOE application is in addition to a January 23, 2015 DOE filing to import Canadian gas and re-export it back to Canada and replaces the application submitted to the DOE on December 9, 2014.

Once the two applications are approved, Bear Head will have access to vast North American natural gas supplies, including Western Canada, and the Appalachian, Gulf of Mexico, and Rocky Mountain regions of the United States, thus providing the Project with broad supply diversity and optionality.

Bear Head is optimistic that the DOE and the Canadian Government are vested in a streamlined regulatory framework that enables exports of U.S. natural gas to Canada, and of LNG from Canada to FTA and NonFTA nations, in a manner that is consistent with statutory obligations and promotes economic policy and trade relations for both nations.

John Godbold, Bear Head LNG’s Chief Operating Officer (COO) and Project Director stated, “Our goal has been, and continues to be, to achieve a solution that bridges the North American Free Trade Agreement, U.S. Natural Gas Act, and U.S. Natural Environmental Policy Act (NEPA). We have conducted considerable additional studies and analysis in order to comply with such a framework and satisfy all of the related regulatory requirements.”

Bear Head LNG has also requested authorization from Canada’s National Energy Board to export up to 8 mtpa of LNG in 2019 with an expansion to 12 mtpa in 2024. Since Bear Head LNG has only requested the export of 8 mtpa from the U.S., at least 4 mtpa would need to be provided by Canadian sources if Bear Head LNG is to reach the 12 mtpa target. Potential Canadian sources include Western and Central Canada, onshore in the Maritimes provinces, and offshore Nova Scotia. The Bear Head LNG site is located on the Strait of Canso in Point Tupper, Richmond County, Nova Scotia, which is about half the shipping distance to major European markets compared to U.S. Gulf Coast ports, and is closer than its North American competitors, including those in British Columbia, to other burgeoning natural gas markets such as India.

The Strait of Canso provides an ice-free natural deepwater port with direct access to the North Atlantic.