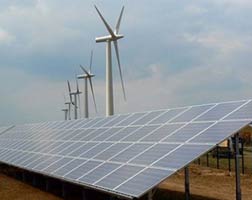 The advent of the new technologies, such as the Tesla Powerwall, has implications for the energy infrastructure of ASEAN and the renewable energy sector worldwide, says an EDB article.

The Tesla Powerwall is a wall-mounted energy storage unit able to store 10 kilowatt hours of electric energy and deliver it at an average of 2 kilowatts. The price? US$3,500.

While wind and solar power have advanced considerably, with renewables accounting for 22 % of electric energy generated, transience is an issue. Solar and wind power are dependent on variable weather conditions. As such, they cannot generate consistent power.

The entry of the Powerwall into the market translates to an electricity price of around U$500 per kWh, less than half the current cost of according to a Deutsche Bank estimate. This leads to energy delivery of 6 cents per kWh for a US household.

These devices are based on proven lithium-ion battery technologies that Tesla Motors is already deploying in its electric vehicles. In a US context, this domestic system and storage method is more economical and apparently ecologically friendly than coal-fired power delivered through the conventional grid.

Coal-fired power often generates externalities in the form of carbon pollution of the local area, increased healthcare costs due to associated respiratory illnesses in nearby populations and ecological costs from the infrastructure and processes needed to extract and process the coal.

In a recent article, Dr Yanfei Li, an energy economist of the Economic Research Institute for ASEAN and East Asia (ERIA), observed that advancing technologies had enormous implications for ASEAN. Li wrote: “Industry 4.0 goes hand-in-hand with smart production and energy use. The latter may be referred to as Energy 4.0, with the pre-oil era, the oil era, and the new and renewable energy era, as Energy 1.0, 2.0, and 3.0, respectively.”

What do these developments imply for ASEAN? Technical developments will see renewable energy supplies and storage becoming more affordable over time, as well as supply chains becoming more efficient. An example of this is are 3d printing technologies, with progress in this field dramatically impacting supply chains and disrupting established logistical and transport systems.

The Powerwall system by Tesla offers 10 kWh units targeted at domestic users, while a commercial system termed the Powerpack is offering 100 kWh storage. Stacks of this could serve as a micro-grid powering entire communities.

Micro-grid power supply systems rated as a 10 MWh energy storage system, fed by wind and solar energy power at competitive costs, could provide electricity affordably to rural communities, townships and remote facilities located far from the power grids of urban and industrial centres. An ideal example would be mines located in Irian Jaya or resorts based on offshore islands within the archipelagos of Indonesia, the Philippines or Myanmar.

Other renewable energy solutions that ASEAN nations could utilise are tidal power, offshore wind farms, wave power and hydrocarbon biofuels. However, many of these technologies, while contributing to intelligent production, clean energy and green industries are still being developed in industrialised economies.

Others, like biofuels, need to be commoditised in order to become viable as a significant energy resource able to meet the energy demands of the region in the future. Research is underway to commoditise hydrocarbon biofuel technologies.

Given that hydrocarbons are extremely energy efficient and that green hydrocarbon biofuels are chemically identical to petroleum-based fuels, no modifications to existing engine technology or fuel processing and distribution infrastructure are required.

Chinese firms like BYD produce their own energy storage units based on lithium ion technology for both domestic and commercial usage. However, these do not share the same aesthetic or are as competitively priced and affordable as the Tesla product. Given time however, BYD and other firms will be producing at comparable scale and cost, refining the product further.

The Future of Energy

Fossil fuels have dominated the energy market in the wold for the last century, reaching extreme prices because of their inherent utility: they store tremendous potential energy into an extremely efficient package. Biofuels sidestep the million-year production process, allowing anyone to commercialise and commoditise that technology at a scale that can dominate the market.

The advantage of biofuels is that their production life cycle is carbon-neutral. However, they bring their own ecological costs with them. The biofuel boom of the late 2000’s accelerated Indonesian deforestation. Despite the virtues of biofuels, their development has impacted deforestation worldwide, leading to questions of its relevance in the global energy mix.

In essence, the biofuel sector is unsustainable as it is, thought the OMEGA Project provides an interesting solution, to the challenge of making biofuels a sustainable energy solution into the future.

An intelligent government will seek to ride this wave of development and investments, using renewable energy sources to reduce ecological costs to their country and maintaining energy security and energy independence. This would position ASEAN countries positively for a post-fossil fuel era, which is inevitable.

China has exemplified how to build and promote renewable energy industries, importing technology and developing a pool of native talent and expertise to oversee, maintain and improve Chinese infrastructure. It has subsequently refined the technology and scaled up production, driving down costs in the process, commodifying the technology.

By encompassing both energy storage and renewable power generation, ASEAN countries have the possibility of becoming net energy exporters and protecting their energy security as their countries grow.

With China’s need for energy security driving much of its foreign policy in the past few years, as well as a contributing factor to its South China Sea position, it’s critical for ASEAN states to drive investment and development of their own renewable energy infrastructure.