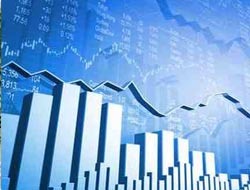 The Asia-Pacific LPG market was valued at $73.6 billion in 2013 and is expected to reach $100.2 billion by 2019, at a CAGR of 5.3% from 2014 to 2019. China is expected to have a market share of 29.2% in the APAC LPG market by 2019, and is projected to grow at a CAGR of 5.7% from 2014 to 2019. The LPG market in the APAC region is segregated and analyzed based on the major countries of the region, such as China, India, Japan, and South Korea. The drivers of the APAC LPG market are the need for lower carbon emissions and energy-efficiency; government promotion of the use of LPG; and ease of use. Some of the constraints of the APAC LPG market include high costs of LPG distribution, potential risks of explosion, and inconsistent LPG prices.

The initiatives taken up by regional governmental organizations to promote the use of LPG, which has lower carbon emissions in comparison with the existing fuel sources, are important drivers of the growth of the APAC LPG market. However, the most important factor that may influence the growth trends of the market is the ease of use of LPG as a fuel. LPG is gaining importance due to its possible uses in various applications. It is a flexible fuel that can effectively replace nearly all regularly used fuels in most applications.

On the basis of application, the APAC LPG market is divided into commercial, industrial, chemical, and auto gas. The residential/commercial application of LPG is expected to drive the APAC LPG market, followed by the chemical and auto gas segments. This is resultant of the strong demand from developing regions such as Pakistan, Sri Lanka, Afghanistan, and Bangladesh.

Geographically, the APAC region is divided among major LPG-using countries such as China, Japan, India, and South Korea. India and China are expected to grow at CAGRs of 5.9% and 5.7%, respectively, due to factors such as the increase in population, cheap source of resource, and easy availability.

The APAC LPG market is a competitive market with a number of market players with niche technologies. As of 2014, the APAC market is dominated by Sinopec, JX Nippon Petro China, Exxon Mobil Corporation, Royal Dutch Shell, and IOCL, among others. New product launches, partnerships, agreements, collaborations, and joint ventures are the major strategies adopted by most market players to grow in the APAC LPG market. – MarketWatch