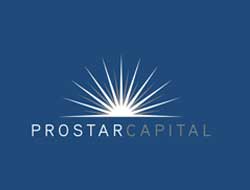 Australia-based Prostar Capital has bought a storage terminal in the key Fujairah oil hub in the United Arab Emirates, said sources with knowledge of the matter.

Off the east coast of the UAE in the Gulf of Oman, the Socar Aurora Fujairah Terminal FZC is a joint venture between Azerbaijan’s state oil company, a Swiss commodity house and the government of Fujairah.

The sources, who declined to be identified as they were not authorised to speak with media, did not give the size of the deal.

Prostar Capital did not respond to requests for comment, while Socar Aurora was not immediately available for comment.

The terminal comprises 14 operational storage tanks with total capacity of 352,000 cubic metres. Another 12 tanks, with 315,000 cubic metres of capacity, are being built.

One of the sources said the Australian private equity firm had beaten VTTI, the storage unit of commodity trading house Vitol, to win the terminal. VTTI was not immediately available for comment.

Prostar already has a presence in the hub through a 40 % stake in Fujairah Oil Terminal FZC, which has an overall storage capacity of 1.2 million cubic metres. The company, established in 2012, has more than US$300 million under management.