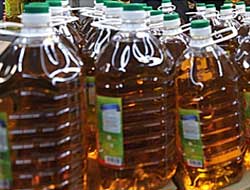 France does not practise any discrimination measures against palm oil, in fact, the European country is ready to explore the possibility of developing a joint agenda with Malaysia on issues pertaining to palm oil, said its Ambassador for the Environment, Xavier Sticker.

“No ban (on palm oil) is in place, and no ban is in view. France is opposed to any discriminatory measure that would single out any agriculture or commodity,” he told Bernama and a local English daily on the sidelines of his official visit to Malaysia recently.

He said with France having knowledge and expertise on green technology, sustainability and deforestation and Malaysia directly involved in oil palm plantation and industry, both parties could merge their experiences to address the issue.

“We are looking at prospects for cooperation with Malaysia to ensure that the affluents from palm oil mills could be recycled and use for production of energy…This could boost utilisation of oil palm biomass to become an additional asset for the country, while at the same time, ensure less greenhouse gas emissions from the commodity.

“This means that more resources would be generated for the country, (and with) less (greenhouse gas) emissions, this will work towards a sustainable development for the country, the planet and the people,” he said without providing any time frame for the cooperation.

On the European Union (EU) Parliament’s decision on palm-oil based biofuels ban recently, Sticker did not give a direct answer, but reiterated that France was opposed to any discriminatory measure to single out any agriculture or commodity.

“At this stage, of course, the EU has to recast the renewable energy directive (RED), which is committed to reduce carbon emission by at least 40 % by 2030,” he said.

He added that France had no objection to the first generation biofuels that is currently adopted in the EU, and had no difficulty in maintaining the maximum seven % of crop-based biofuels in road and rail transport.

“What matters now is to increase the (renewable sources) level in the second generation biofuels,” he said.

Although France is in favour of adopting the second generation biofuels, whereby the EU lawmakers have recommended that the renewable fuel transport target is to be increased to 12 % for 2030 from the current 10 %, Sticker said the country did not reduce the palm oil usage in food as well as industrial applications.

“We have been consistently using the commodity in our industrial sector as well as consumer goods,” he said.

According to statistics provided by the French Embassy in Malaysia, sectors that use palm oil are agro-food and chemical/cosmetics as well as energy (biofuels), and it is estimated that 60 % of palm oil imports in France are for technical and industrial purposes (especially biofuels) and 40 % for the production of food.

Sticker led a delegation comprising 30 representatives from the Agriculture, Agrifood, and Forestry Ministry and palm oil researchers to Malaysia amidst the heightened concerns among Malaysian oil palm smallholders over the recent EU Parliament’s vote to phase out the use of palm oil from 2021 in its new RED.

The final decision would be made in a tripartite meeting along with the Council of the EU and the European Commission.

The EU lawmakers’ move has sparked an outcry in Malaysia as the proposed ban is deemed an “unjustified and discriminatory” decision that could affect 650,000 oil palm smallholders and the future of millions Malaysians who rely on the industry for their livelihoods.

Moreover, under the drafted measures, only palm-based biofuels will be phased out of the EU energy mix from 2021, while other crop-based fuels to be banned by 2030.

“We are willing to listen and understand the reality, challenges, as well as the achievement in these areas,” he said.