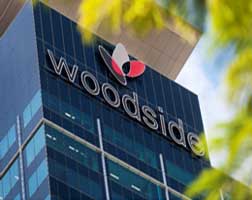 Australia’s biggest independent gas and oil producer Woodside Petroleum is ready to raise A$2.5 billion (US$1.96 billion) to fund the purchase of ExxonMobil Corp’s stake in the Scarborough gas field.

The funds will also be used to support projects at home and in West Africa.

The move puts Woodside, seen by some as short on near-term growth prospects, in a better position to develop the Scarborough field off Western Australia, as it will have a 75-% stake and take over running the project, now estimated to cost up to US$9.7 billion. Woodside’s share of that cost would be up to US$7.9 billion.

Analysts raised concern that even with the large equity raising, the company may have to come back to investors in a few years to fund development of Scarborough and the competing Browse LNG project, also off Western Australia.

Woodside Chief Executive Peter Coleman said the company could now accelerate development of Scarborough to feed an expansion of its Pluto LNG plant, which would help fill a need for new LNG supply, particularly as Chinese demand grows rapidly.

“This gives greater alignment and certainty over a low-cost, high value opportunity,” Coleman told analysts on a conference call.

“The difference between supply and demand is opening up very, very quickly.”

The company said it was pushing out a final investment decision on the Browse LNG project off Western Australia to 2021, two years later than last flagged and now estimated to cost US$15 billion.

Woodside announced the equity raising and acquisition after reporting an 18-% rise in annual profit of US$1.02 billion, which missed analyst forecasts.

However, investors were more focused on the stake-acquisition and plans to develop Scarborough.

The company has agreed to buy ExxonMobil’s 50-% stake in Scarborough for up to US$744 million, with part of that due pending a final investment decision on developing the field.

The other partner in Scarborough, BHP Billiton, welcomed the deal.

“This development could enhance the commercial viability of Scarborough and the region,” BHP’s petroleum president Steve Pastor said in a comment emailed to Reuters.

The rest of the money Woodside is raising through the A$2.5 billion offer to existing shareholders will be used to support work on Scarborough, the SNE oil project off Senegal and progress on Browse.

Woodside will be offering one new share for every nine shares owned at A$27 a share, a 13-% discount to Woodside’s last trade, which Macquarie’s Hodge said was a “reasonable” discount.

The company maintained its forecast for 2018 output at 85 million to 90 million barrels of oil equivalent (mmboe) as production ramps up at the Wheatstone LNG project in Australia, operated by Chevron Corp.