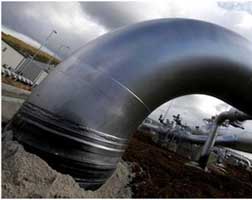 The biggest project is the Gwadar-Nawabshah liquefied natural gas (LNG) terminal and pipeline project worth Rs36 billion. The pipeline will eventually link the country’s gas network with the Iranian system in order to meet Pakistan’s growing energy demand. The project foresees the import of 600 million cubic feet per day (MMCFD) LNG through Gwadar port.

The CDWP also approved construction of 46 new hospitals across Pakistan at the cost of Rs1.3billion. Moreover, a Rs19.9-billion project to dualize and improve the Pindigheb-Kohat road was also approved.

The construction of infrastructure for Metro Bus from Peshawar Moar to New Islamabad International Airport costing Rs16.8billion was also approved.

The approved projects include five projects costing Rs93billion, which were referred to the Executive Committee of the National Economic Council. In addition, it approved one position paper and clears nine projects of worth Rs7.9billion.

The meeting was chaired by Federal Minister for Planning, Development and Reform Ahsan Iqbal, and was attended by senior officers of the provincial governments and ministries concerned.