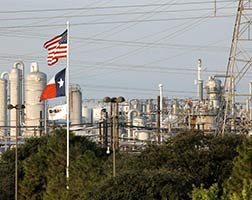 German chemicals firm BASF says it has made progress in its plans to build a world-scale methane-to-propylene complex on the US Gulf Coast. The company has selected Freeport, Texas, as the potential site. It will use Air Liquide’s proprietary Lurgi MegaMethanol and Methanol-to-Propylene (MTP) technologies. BASF has contracted Air Liquide to provide basic engineering services for this gas-to-propylene complex.

The plant is planned to have an annual production capacity of approximately 475,000 tonnes of propylene. This project would be BASF’s largest single-plant investment to date and is subject to final approval in 2016 by the BASF Board of Executive Directors.

The Freeport site was founded in 1958 as the first BASF manufacturing facility outside of Europe. With more than 800 full-time employees, the Freeport site is one of two BASF Verbund sites in North America and uses propylene in its manufacturing processes. The on-purpose production of propylene to supply the company’s North American operations would allow BASF to take advantage of low gas prices resulting from US shale gas production. The investment would further strengthen BASF’s backward integration into propylene and grow its propylene-based downstream activities, leading to a stronger market position in North America. Propylene is one of the most important basic chemicals in the petrochemical industry and is used in the production of a wide range of higher-value chemicals. These chemicals are used to manufacture products such as coatings, detergents, and superabsorbent polymers for baby diapers.