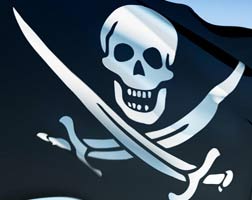 Observers said such attacks on smaller tankers for their cargo, rather than ransom, were becoming more prevalent in the area.

Around seven suspects hijacked the Singa Berlian on March 9 off the Indonesian island of Pulau Bintan, according to the Malaysian Maritime Enforcement Agency (MMEA).

The pirates, armed with guns and machetes, transferred the vessel’s 1,500 tons of marine fuel cargo to another ship and robbed the crew of their personal belongings before escaping, the agency added.

MMEA personnel recovered the vessel off Batu Pahat town in the southern Malaysian state of Johor on March 11.

The vessel was on its way from Singapore to Malaysia’s eastern island of Labuan in Borneo when it was attacked.

One crew member suffered a minor injury during the incident, it said.

In 2014, there were 11 hijackings of small tankers in South-East Asian waters, accounting for more than half of the 21 ship hijackings reported globally that year, IMB said.

Pirates attack small tankers in South-East Asian waters for their cargo, with “many looking specifically for marine diesel and gas oil to steal and then sell,” said Pottengal Mukundan, director of IMB.