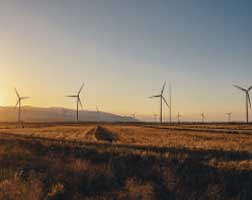 Read: Axpo to supply green electricity to Borealis in Belgium

The agreement has been made jointly with Neste, Borealis’ long-term partner in Porvoo, Finland. The purchase and supply of more than 20 megawatts (MW) of wind power over the next decade enables Borealis to increase the share of renewable power in its overall electricity consumption at its production facilities in Porvoo, Finland, to 13%.

The purchase volume will comprise the annual output of approximately four wind turbines. This brings the company closer to its stated aim of sourcing at least 50% of Borealis Group electricity consumption from renewable sources for its Hydrocarbon & Energy and Polyolefins businesses by the year 2030. The PPA also supports the aim of the Finnish chemical industry to be carbon neutral by 2045.

The renewable electricity generated from these agreements will reduce Borealis’ indirect carbon dioxide emissions (defined as Scope 2 emissions by the Greenhouse Gas Protocol) at its Porvoo operations by approximately 16 kilotonnes/year. This reduction would be the equivalent of the average annual emissions of around 8,000 passenger vehicles.

Delivery of electricity by Ilmatar to Borealis in Porvoo is expected to begin around mid-2022.

“To reach the ambitious targets we have set for ourselves in the areas of Energy & Climate – including sourcing 50% of our electricity needs from renewable power for our Hydrocarbon & Energy and Polyolefins operations by 2030 – we need to take meaningful action,” says Martijn van Koten, Borealis Executive Vice President Base Chemicals and Operations. “The long-term power purchase agreement with Ilmatar is the first of its kind for us. It is one of the important projects Borealis is pursuing to help bring about a carbon-neutral future while at the same time remaining competitive in a global marketplace. This is how we re-invent for more sustainable living.”

”We are very delighted to have reached this long-term agreement, once again highlighting Ilmatar’s role as one of the leading companies pushing to achieve carbon neutrality in Finland. It is great to see companies like Borealis taking steps to help the environment by committing to wind power, which is not only a clean form of energy, but also the most cost-effective form of energy production for industrial purposes,” says Erkka Saario, CEO of Ilmatar Energy. “Ilmatar’s aim is to add 1000 MW of new, domestic wind power production to the Finnish grid in the coming years. This long-term agreement is an important milestone in reaching that goal.”