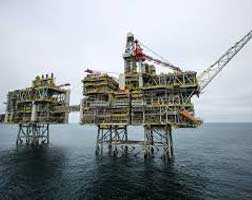 BP has started extracting oil from one of the UK’s biggest offshore investments in decades.

The energy giant said that oil is now being pumped from its Clair Ridge project, a section of a hydrocarbon field in the North Sea first discovered in 1977.

BP aims to extract 640 million barrels of oil, with production peaking at 120,000 barrels a day. The project is designed to last for 40 years.

The second phase development of the oilfield, 50 miles west of the Shetland Islands, is a joint venture with Shell, Chevron, and ConocoPhillips.

When discovered in 1977, the field was estimated to contain 7 billion barrels of hydrocarbons, but complex rock formations had prevented extraction.

The company claimed the project is the largest commissioning in the North Sea in 20 years and has employed at least 6,000 people, including a flotel for 500 workers.