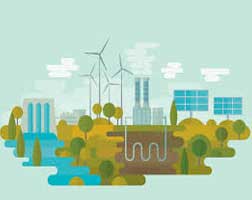 The cost of building a new utility-scale solar or wind farm has now dropped below the cost of operating an existing coal plant, according to an analysis by the investment bank Lazard. Accounting for government tax credits and other energy incentives would bring the cost even lower.

Read: Reliance invests US$50 mn in US energy storage firm

“There are some scenarios, in some parts of the US, where it is cheaper to build and operate wind and solar than keep a coal plant running,” said a Lazard banker who was involved in the report.

“You have seen coal plants shutting down because of this.”

Every year, the investment bank analyzes the cost of different types of energy using a metric called the levelised cost of energy, or LCOE. This analysis factors in the cost of components and the cost of operations, as well as the cost of debt, to come up with the smallest dollar amount, per unit of energy, for an investor in the project to see a 12% return.

Wind power costs have dropped as utilities have turned to ever growing turbines, which can produce more energy. The largest turbines installed today can produce double the power they could’ve a decade ago, dramatically increasing the amount of power a parcel of land can produce. Wind and solar installation has also gotten more competitive, driving the development of more efficient technology.

The bank noted that this analysis applies to developed economies, and excludes places like India and China, parts of which are very dependent on coal. But in the US, coal plant construction has ground to a near halt, and many utilities are successfully making the case for renewables to their customers. This year has seen the second-higher number of coal plant retirements on record.