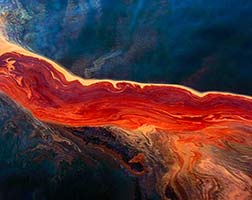 A US judge on has rejected BP Plc’s attempt to reduce the maximum civil fine it could face for its role in the 2010 Gulf of Mexico oil spill, leaving it potentially liable to pay US$13.7 billion under the federal Clean Water Act.

US District Judge Carl Barbier in New Orleans agreed with the federal government that the maximum civil penalty that BP could face is US$4,300 per barrel spilled.

BP had sought a US$3,000 per barrel maximum, equal to a maximum US$9.57 billion civil fine. Barbier has not decided how much BP should pay, and it is unclear when he will.

Setting a fine is the last step in a civil trial overseen by Barbier to determine responsibility and penalties for the April 20, 2010 blowout of the Macondo oil well, which killed 11 workers and caused the largest US offshore oil spill.

BP spokesman Geoff Morrell said the company disagrees with the decision and is considering its legal options.

Barbier previously ruled that BP had acted with gross negligence or wilful misconduct and that 3.19 million barrels of oil were spilled. These factors are used to set the maximum civil fine.

BP had argued that the Clean Water Act in 1990 capped the maximum fine at US$3,000 per barrel in cases of gross negligence or wilful misconduct.

But the judge agreed with the government that the US Environmental Protection Agency could raise the maximum to account for inflation and was required to do so by Congress.

Accepting BP’s position “would invalidate nearly every agency’s attempt to inflate civil penalties that can be sought in federal court,” Barbier said.

BP has incurred more than US$42 billion of costs for the spill, including for cleanup, fines and compensation to victims.

It has said any Clean Water Act penalty should reflect the company’s extensive cleanup efforts and that the Gulf region has had a solid recovery from the spill.