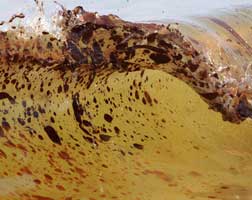 The administrator running the BP oil spill settlement says more than $5 billion has been paid to people and businesses harmed by the disaster. More than half of those payments have gone to compensate businesses.

Claims administrator Patrick Juneau provided details on oil spill payments this week ahead of the anniversary of the Deepwater Horizon rig explosion, which killed 11 workers and sent more than 100 million gallons of oil gushing into the Gulf of Mexico. Monday (April 20) is the fifth anniversary of the explosion.

The deadline for filing a new claims is June 8.

BP and plaintiffs’ lawyers reached the settlement to compensate spill victims in 2012.

BP initially estimated the settlement would cost $7.8 billion, but the company now pegs its tab at around US$9.9 billion.

BP launched several attempts to overturn the settlement in court as the price tag grew, but federal judges have upheld the agreement.

Last month, BP dropped its bid to oust Juneau after accusing him of paying claims improperly and inefficiently. The company said it was backing down because Juneau had taken steps to reduce fraud.

Here are five numbers to know about oil spill payments as the Deepwater Horizon anniversary approaches:

The exact amount paid to oil spill victims through the BP settlement fund was US$5,037,475,379 as of this week. More than half of that amount has gone to businesses harmed by the spill, according to the claims office.

The total number of claims filed with the settlement program. Juneau’s office said 87 % of claims — 248,636  — have been issued an eligibility or denial notice or notified of incomplete paperwork.

Claims that have received a final determination, whether denied or approved for payment. This group accounts for 55 % of the total claimants. It does not include claims that have incomplete paperwork.

Claims that have been approved for payment, or about 54 %.

Claims that have been denied, or about 46 %.