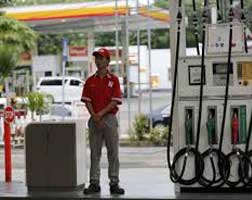 According to RHB Research Institute Sdn Bhd (RHB Research), the recovery in energy prices has allowed the negative spread between Mean of Platts Singapore (MOPS) gas-oil price and palm oil has narrowed to US$6 per barrel.

“This effectively means that the export levy to be imposed by Indonesia will be able to cover a bigger number of biodiesel tonnage, hence improving its probability of success,” it said in a report yesterday.

“For the purpose of supply to Pertamina, biodiesel is priced at CPO price plus US$125 per tonne, which translates into US$712.

“This works out to be 3.55 million tonnes of palm biodiesel, which is close to triple of last year’s usage.”

Given its failure to implement B10 biodiesel last year, RHB Research said the market is naturally sceptical that Indonesia can deliver its B15 program this time around.

“Indonesian palm oil equity has declined in recent weeks on the upcoming imposition of the export levy, but it has not factored in the potential impact of the levy on palm oil price nor the potential incremental demand from biodiesel usage.” – The Borneo Post