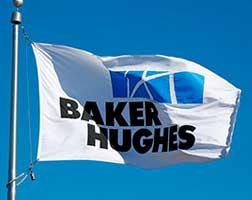 The oil rig count in the US is at its lowest since 2010, and this could be due to a decline in crude prices which causes the nation’s rigs to idle.

The number of active rigs has fallen for a record 19 consecutive weeks, according to Baker Hughes data going back to 1987.

Since the number of oil rigs peaked at 1,609 in October, energy producers have responded quickly to the steep 60 % drop in oil prices since last summer by cutting spending, eliminating jobs and idling rigs.

On Friday, Schlumberger NV, the world’s biggest drilling services provider, said it would eliminate 11,000 jobs in addition to the 9,000 cuts it announced in January.

After its precipitous drop, the oil rig count is nearing a pivotal level that experts say could dent production, bolster prices and even coax oil companies back to the well pad in coming months.

U.S. crude futures this week climbed over US$57 a barrel, the highest this year, rebounding 35 % from a six-year low near US$42 set in mid March, in part on expectations the declining rig count will cut oil output.

After rising mostly steadily since 2008, U.S. oil production has stalled near 9.4 million barrels a day since early March, the most since the early 1970s, according to government data.

The basin with the biggest losses this week was the Mississippian in Oklahoma and Kansas with a decline of nine oil rigs to 31, the least since 2011.

The number of rigs drilling for oil in Canada held steady at 20.

U.S. natural gas rigs, meanwhile, fell by eight to 217, the lowest on record, according to data going back to 1987.

The most efficient horizontal rigs fell to the lowest since 2010, while less efficient vertical rigs declined to the lowest on record, according to data going back to 1991.