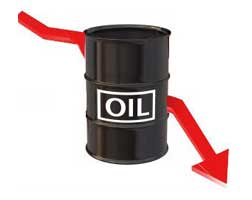 One boutique investment bank is feeling the pinch from declining oil prices.

According to sources, MLV & Co. plans to lay-off some workers and relocate.

MLV, which has offices in New York and Houston, missed its 2014 revenue projections of US$35 million by a double-digit %age, sources said.

Key staffers are quitting after MLV did not pay full bonuses last year, sources said. Other staff has been laid off. Sources say headcount has gone from about 70 to around 50.

Until Friday morning, MLV’s website listed a handful of employees who were no longer with the company.

One source speculates that MLV may not survive the fallout from oil’s plummet. Others said existing businesses at the bank, like its real estate and life sciences advisory businesses, could support the firm.

Another source, still with MLV, said the bank’s shareholders injected new money into the business. He said the company — which was not profitable in the fourth quarter of 2014 — could still be profitable for the first half of 2015. Additionally, this source said, the firm’s 2014 revenues, while disappointing, were still an increase over 2013. One source said in 2013, MLV advised on 140 deals totaling about US$1.4 billion in value.