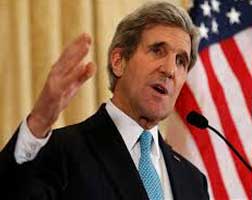 WASHINGTON D.C – Secretary of State John Kerry will open the Major Economies Forum on Energy and Climate hosted at the U.S. Department of State on April 19-20.

He will be joined in the opening session by French Foreign Minister Laurent Fabius, who also is serving as President of the United Nations Framework Convention on Climate Change (UNFCCC) 21st Conference of Parties (COP21) in Paris in December.

President Barack Obama announced the launch of the Major Economies Forum on Energy and Climate on March 28, 2009.

The Forum is intended to facilitate a candid dialogue among major developed and developing economies to make progress in meeting the climate change and clean energy challenge, and advance the exploration of concrete initiatives and joint ventures that increase the supply of clean energy while cutting greenhouse gas emissions.

Details of press opportunities will be provided in a Notice to the Press. There will be no press accreditation for the Major Economies Forum and no press filing center.