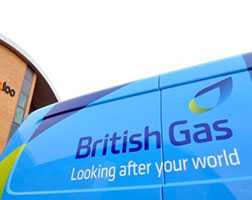 British Gas has been criticised, despite announcing a 5% cut in gas bills, which will save the average customer £35 a year.

It is the second gas price reduction in six months by the firm, which says the two cuts together will cut £72 from typical annual bills.

The price reduction will take effect from 27 August.

Critics said the cut was too small. But British Gas said higher pipeline costs had made a larger cut impossible.

Martin Lewis, the founder of MoneySavingExpert, called the cut “paltry” and “trivial”.

The news was also criticised as “underwhelming” by the website MoneySuperMarket, which said the cut should be introduced immediately.

The price cut will affect 6.9 million energy customers either on standard or “fix and fall” tariffs.

It follows a similar cut of 5% that British Gas made in January, after moves by a number of the other “Big Six” energy suppliers.

The website MoneySuperMarket said the cut should be deeper, following a 25% fall in the wholesale cost of gas since December 2014.

The price has fallen from 57.9p a therm last December, to 42.93p this week, according to the Natural Gas Price Index (NGPI) – following a drop in the price of oil.

Stephen Murray, energy expert at MoneySuperMarket, said the cut was “long overdue, and may seem underwhelming compared to how low wholesale prices are”.

But British Gas said the wholesale cost of gas made up only half the bill. It said other costs had risen.

“If you look at transmission costs – the cost of the pipes that move the gas around the country – actually those costs have been going up steadily for a number of years,” said Mark Hodges, the managing director of British Gas.

British gas said the cost of pipelines has risen significantly

Citizens Advice said customers had been losing out on low wholesale energy prices “for too long”.

It called on other energy suppliers to follow British Gas’s lead.

A week ago the Competition and Markets Authority (CMA) accused the big six energy firms of charging customers £1.2bn more than they would have been able to do in a truly competitive market.

It said dual fuel customers could save £160 a year, on average, by switching supplier.

In its report, the CMA proposed a form of price cap – but the idea was rejected by the government.

The consumer group Which? said the CMA report might encourage further price cuts.

“The CMA was clear in its recent investigation that energy customers have been overpaying for far too long, so it’s right, if overdue, that British Gas is starting to cut its prices,” said Which? executive director, Richard Lloyd. – BBC