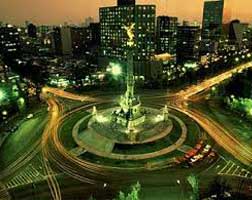 Wednesday is D-Day for Mexico’s key energy reform. For nearly 80 years, the oil industry has been concentrated in the hands of Petróleos Mexicanos, or Pemex, the state oil company. But with output in decline for a decade, the government is betting on private investors to turn things round and put the country’s sluggish economy on the path to sustained growth.

Mexico has a long tradition as an oil producer — its first well was drilled in 1869, though commercial production did not start until 1901. UK and US companies dominated early production. But Mexico nationalised the industry in 1938 after serious labour disputes, elevating oil to the status of a national treasure with the expropriation anniversary celebrated every year, even by schoolchildren.

What is up for grabs?

A “sweet shop” in the words of one oil industry executive. Mexico expects to auction just over a third of its total prospective resources in five years. Wednesday’s tender of 14 shallow-water exploration blocks will kick off the five auctions in round one. The other four instalments in the first round are: the award of nine already discovered shallow-water fields in five blocks on September 30; the award of 26 onshore fields on December 15; offshore deepwater blocks and extra-heavy oilfields; and finally, shale prospects.

Details of those final two auctions have yet to be announced, but they should be awarded in the first quarter of next year. Round two, also with a variety of assets, will be held in 2016, Round three in 2017, and so forth.

How attractive is Wednesday’s auction?

The 14 exploration blocks are in the shallow waters of the Gulf of Mexico, where Pemex has had a lot of success over the decades — they are close to the site containing what Pemex has been billing as its biggest discoveries in five years. There is plenty of geological information available, and proximity to Pemex’s existing pipelines is a plus — though how much companies will have to pay to use them has yet to be established.

On the downside, some executives and analysts say some of the 14 blocks are unspectacular. “We’ve heard that three or four blocks will gather the most attention. There are another two or three that will get a bit less and there could be some blocks that get no bids,” says Pablo Medina, an analyst at Wood Mackenzie.

Five companies have pulled out — Pemex; Noble of the US; Ecopetrol of Colombia; Glencore of Switzerland; and PTT of Thailand. In addition, people close to Lukoil said the Russian company was unlikely to bid.

One thing putting off some companies is Mexico’s insistence on stringent corporate guarantees — either an unlimited parent company guarantee, or US$6bn from an affiliate company — in case of an accident or spill. But there is still an impressive line-up of pre-qualified companies, and any company not bidding on Wednesday can still take part in the other auctions. – FT.com