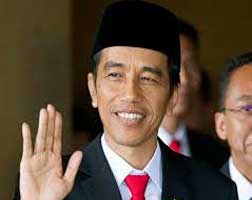 The government has launched a massive Indonesia geothermal power plant project, as it aims to shift from coal towards more environmentally friendly resources to generate electricity for the country.

Last week in West Java, President Joko Widodo officially launched the construction of six new Indonesia geothermal power plants spread across several provinces in Indonesia, while state-owned oil and gas company Pertamina said that it was ready to spend up to Rp 33 trillion (USUS$ 2.5 billion) to finance the development of geothermal electricity plants up to 2019.

The geothermal projects are hoped to help the government achieve its ambitious target of generating a total of 35,000 MW in the next five years, as well as ease its heavy reliance on coal. (See: Electrifying Indonesia)

“Of the 35,000 MW project which is targeted to be completed within the next five year, more than 90 % relied on coal. This should be shifted and changed,” the president said, as quoted by local media.

Indonesia currently produces the third largest amount of geothermal power, after the United States and the Philippines, and has two power plants which are among the biggest in the world. A 2015 industry analysis by the Geothermal Energy Association suggests that Indonesia could overtake the United States in a decade or two.

Despite so, President Widodo has noticed that the country has been tapping well below its geothermal potential of 28,000 MW, and he has therefore instructed his ministers to make the development of geothermal plants a priority.

Compared to other renewables, like solar and wind, geothermal is considered a more reliable source of power as its power plants do not have to wait for the sun to shine or the wind to blow and can operate all day long.

However, Indonesia geothermal power plants are more complicated to build and pose bigger financial risks. Developers have been known to spend millions of dollars just to build access roads to exploratory wells that might not deliver enough steam to make a project pay off.

The government is well aware of the financial challenges of developing eco-friendly power plants, especially geothermal, and has therefore announced that it will provide incentives for investors who are willing to invest in energy production.

“There will be special incentives for investors who agree to develop environmentally friendly power plants, so that more business people will hopefully enter into this sector. If all power plants are concentrated on the use of coal, we will be lost once this energy source runs out,” the president promised.

The incentive mentioned by the president will likely be in the form of feed-in tariff, which is typically an offer of a fee that is above the retail rate of electricity. The mechanism will provide long-term security to renewable energy producers.

The energy and mineral resource ministry last month said that it aimed to finalise calculations of feed-in tariffs for power plant developments by the end of July, as it looks to quickly attract investors to invest in power plant projects.

Heru Dewanto, the secretary general of Indonesia’s Electrical Power Society, said that incentives could work in attracting investors to pour money into eco-friendly power plants, but only if the right amount is offered.

“For private investors the calculation is simple. When the incentives for eco-friendly plants can offer better return in aggregate compared to conventional fossil fuel plant, they will go for it,” he told The Establishment Post.

However, Mr Dewanto says that before even worrying about incentives, the government has more important calculations to worry about – one that revolves around the problem of the price gap between electricity from coal-fired power plants and that from eco-friendly power plants.

The government, through state owned electricity firm PT PLN, needs to make electricity affordable for the people, and would have to do that through subsidies. Given the current economic conditions, this is something that would warrant extra thought and consideration, Mr Dewanto said.

“As long as the purchasing power of Indonesian people is still low, such price gap will have to be subsidized by PLN and eventually by GOI. The more incentives the more subsidies are required. For a developing country like Indonesia where electricity gap is still huge it is important to find a right balance between fossil fuel and renewables. Both are required,” he said.

In his remarks at the launch of the geothermal power plant, the president asserted that the government will also look beyond geothermal for environmentally friendly resources to boost power supply.

One of the alternative renewable energy projects that the government has mapped out is the development of micro-hydro power plants.

The energy and mineral resources ministry has announced that it aims to build 5,821 megawatt (MW) power plants to be operated by both independent power producers and the government as part of its mission to produce an additional 35,000 MW by 2019.

The government sees considerable untapped potential in hydro power, but seems to be pinning bigger hopes on solar.

“For this year, development of rooftop solar power will be our priority,” Maritje Hutapea, the energy and mineral resources ministry’s director for energy conservation, is quoted as saying.

Ms Hutapea added that the ministry had planned to install rooftop solar-power systems at government office building in urban areas, such as at the State Palace in Bogor, West Java and the office of the Coordinating Economic Minister building in Jakarta, as well as a number of local administration office buildings in Surabaya (East Java), Sabang (Aceh) and Denpasar (Bali).

Supriadi Legino, an expert in electricity generation and director at the STT-PLN Technical College, applauds the initiative, but argues that to make any solar-power projects successful in Indonesia, there would need to be a drastic change in mind set and mentality from the country’s top government officials.

Though development photovoltaic (PV) in recent years has led to more effective and cheaper solar-power plants around the world, many Indonesian officials, he said, are still trapped in the mind-set of the last decade when PV was still very costly and not the most effective.

This kind of misperceptions about solar power plants have led to poor regulation and a half-hearted approach in efforts to make the most of solar-power projects, ultimately resulting in sub-standard performance and output by power plants.

“Indeed, the root cause of this issue is nothing to do with the PV technology itself but rather poor planning and designing processes, poor construction techniques and the use of low-quality equipment,” he said in an opinion piece published by The Jakarta Post. – Establishment Post