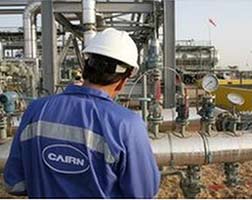 Edinburgh firm Cairn Energy has been served with a $1.6bn (£1bn) bill for unpaid tax in India.

The oil exploration company is contesting the claim through official trade dispute channels.

It comes after more than a year of trying to exit the Indian oil market, where Cairn Energy made a fortune for shareholders.

It still has a 10% stake in the firm it spun off, Cairn India, having sold most of it to Indian mining company Vedanta.

But it has not been allowed to sell that shareholding.

Due to the falling oil price, the value of that stake in Cairn India has fallen from $1bn to £700m (£660m to £465m), and the Edinburgh firm intends to claim for that loss.

Led by former Scotland rugby internationalist Sir Bill Gammell, Cairn Energy hit an oil prospecting jackpot in the Rajasthani desert in 2004. It was to be India’s biggest oil field.

Having sold most of the subsidiary, the company has distributed much of the profit to shareholders, while retaining some for new exploration, in Greenland, the North Sea and off the west African coast.

The Scottish firm had thought it was resolving the dispute over tax, having contested the use of a retrospective tax law introduced by the Delhi government.

But on Monday, just after releasing its annual financial results, the company received the tax bill for $1.6bn plus interest and penalties. It covers the tax year 2006-07, when it was preparing to float Cairn India on the Mumbai stock exchange.

Since first hearing of the claim 14 months ago, Cairn said it has confirmed, through its advisers, that it has been “compliant with India’s tax legislation in force in each year”.

Its response to the new tax bill is to lodge a Notice of Dispute under the terms of the UK-India trade treaty, saying it has detailed legal advice on the strength of its case under international law.

The Indian government and Cairn are now required to negotiate to seek a resolution to the dispute. If there is no agreement, an international arbitration panel will adjudicate.

Simon Thomson, chief executive of Cairn Energy, said the new bill is “very disappointing” after regular engagement with the Indian government over the past 14 months.

“Cairn has consistently confirmed that it has been fully compliant with all relevant legislation and paid all applicable taxes in India and we are confident of our position under the UK-India Investment Treaty,” he added.

He also raised wider concerns about the Indian government’s treatment of foreign investors in the country, implying that this case will damage the country’s interests.

“Since the election of the BJP, senior government ministers have consistently commented on the negative impact the issue of retrospective taxation has had on international reputation and investor sentiment towards India,” said Mr Thompson.

The heightening of the dispute came hours after the annual results showed Cairn’s loss last year fell to £252m – less than the previous year.

In its annual results, it announced plans to drill at least three new wells in Senegal, West Africa, this year.

However, it reports a cash balance of £576m, which analysts said puts it in a solid financial position ahead of expected first sales in two years’ time.