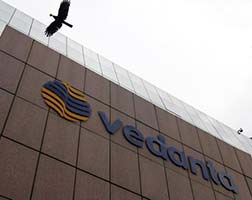 Cairn Energy’s objections were over “fundamental disagreements over valuations”, and its preference for “holding an investment in an energy company rather than a distributed resources group,” the newspaper said, citing one person with direct knowledge of the matter.

News of Cairn Energy’s objections comes a day after Cairn India chief Mayank Ashar said the merger was on track.

Spokespeople for Vedanta and Cairn India could not be immediately reached for comment outside business hours.

A spokesman for Cairn Energy said the company had no comment on the report.

Ex-parent Cairn Energy is the single largest minority shareholder in Cairn India in which Vedanta already has a 59.88 % stake.

State-owned insurer Life Insurance Corp (LIC), Cairn India’s second-largest minority shareholder, and which together with Cairn Energy controls about 19 % of the Indian company, had earlier expressed reservations about the deal.

The deal is being seen by many as a test for India’s new shareholder protection law, which requires an approval of more than half of the minority shareholders to go through. – Reuters