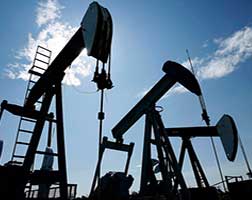 Calgary-based TORC said in a statement it would acquire the assets from an independent Canadian oil producer. Junior energy company Surge later confirmed it is the seller.

The assets have production capacity of 4,750 barrels of oil equivalent per day (boepd), of which 98 % is light oil and the rest liquids.

Darrell Bishop, head of energy research at Haywood Securities, said he expected to see more deals in the Canadian energy sector as many companies struggle with oil prices that have slumped by nearly half since June last year.

“The premium go-to names within this space are utilizing their balance sheets and cost of capital to take advantage of asset deals that would probably not normally be available,” Bishop said. “They are low decline, free-flowing top assets.”

TORC said it had identified about 170 net high quality light-oil drilling locations on the acquired assets, which have total proved reserves of 12.5 million barrels of oil equivalent. The company’s light oil and liquids concentration will rise to 89 % from 86 % as a result.

To fund the cash deal, the Canadian Pension Plan Investment Board, already a TORC investor, will invest up to C$150 million through a private placement of subscription receipts, and TORC has also signed a deal to raise C$250.5 million through bought deal financing.

Surge Energy, which is expanding output in the Shaunavon region of southwest Saskatchewan, said it would use the proceeds of the asset sale to pay down debt. The company will have production of 14,250 boepd remaining after the deal.