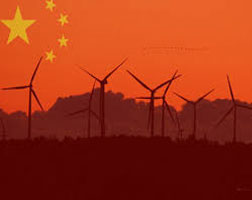 We have all heard about the doom and gloom that the U.S. coal sector is facing – a double-whammy of abundant supplies of cheap shale gas coupled with the regulatory noose that the Environmental Protection Agency is continuously tightening around the industry. Together these two forces are undermining the economics of coal.

Although the projections for the U.S. coal industry seem to get worse by the month, such a trend is not really news. But what is news is the emerging realization that globally the outlook is not much better. Coal executives used to insist that while the U.S. is turning its back on one of the few cheap sources of base load power, growth in global demand – particularly from China and India – was nearly insatiable.

Just this past December the International Energy Agency predicted robust demand for coal over the next five years. “We have heard many pledges and policies aimed at mitigating climate change, but over the next five years they will mostly fail to arrest the growth in coal demand,” IEA Executive Director Maria van der Hoeven said in a December 2014 statement on the release of a major coal report. In that report – released a mere four months ago – the IEA predicted that China would fail in its attempts to reach “peak coal” before the end of the decade.

But data that only emerged a few weeks later proved the IEA’s prediction to be way off base. China actually reduced its coal consumption by nearly 3% in 2014, the first decline in a decade and a half. Since China consumes about as much coal as all other countries combined, the possibility that it is reaching “peak coal” much earlier than expected is a bombshell for the coal markets.

China Shenhua Energy Company Limited the largest coal producer in China, is projecting its sales to decline by 10% in 2015, a decline of more than 47 million tons. It is also slashing spending on power generation by 25%, as the demand for coal burning in China begins to recede. Market watchers are projecting a consensus 20% decline in Shenhua’s earnings for this year, an astounding figure, but much better than some of its smaller rivals. Since Shenhua accounts for about 15% of China’s coal market, its experience is a microcosm for China’s coal market on the whole, which in turn is the major driver for global coal trends.

For the first quarter of 2015, Shenhua’s coal imports are down an eye-popping 100%, its sales are down 32.1%, and its coal-fired generation is down 3.2%, according to the latest figures from the Institute for Energy Economics and Financial Analysis.

What is behind such a dramatic reversal in fortunes for the coal industry in Asia? China’s surprisingly resolute attack on air pollution is one major cause. The central government is forcing the closure of coal plants to break up smog. It is also forcing inefficient coal mines to close. As a result both production and consumption of coal in 2014 declined.

But it isn’t just a command-and-control-style crackdown on coal. Another factor is the sudden emergence of a buyer’s market for liquefied natural gas (LNG) in Asia, something that nobody saw coming until very recently. LNG prices have more than halved from their highs from just a few short years ago. Spot LNG cargoes are selling for US$7 per million Btu (MMBtu) these days, a far cry from the prices that routinely sold north of US$18/MMBtu in 2011-2013. That has certainly made it easier for China to close coal plants in favor of gas.

Asia is now experiencing a phenomenon that North America has already gone through – cheap natural gas undermining the business case for coal. And low LNG prices in Asia are not likely to go away. That is because LNG prices are heavily linked to the price of oil, and the oil crash has caused a corresponding price collapse for LNG. Another reason LNG prices may stay low for an extended period of time is the enormous supply that is set to come online each of the next three years: global liquefaction capacity could expand by almost a third through 2018.

To be sure, there is still an extraordinary need for new power generation in Asia, so it is not as if coal is going away anytime soon. To meet new power demand, Asia is expected to need an additional 2,000 gigawatts of electricity capacity by 2030, or the equivalent of nearly twice the amount of generation that exists across the entire U.S. power sector. But that demand will increasingly be met by a combination of natural gas and renewables. For example, China alone hopes to build 75 gigawatts of solar power over the next five years.

In short, the massive customer base for coal in both the west and the east is eroding, leaving few options left for coal miners. That should have investors running as fast as they can away from any coal stock in nearly every global market.

Take Peabody Energy Corporation the largest private coal producer in the world, which has seen its investors clamoring for the exits over the past year. Peabody has a large number of mines in the U.S. and Australia. Its U.S. mines will continue to see weak demand, but with a large presence in the comparatively lower-cost Powder River Basin, Peabody could outlast some of its rivals. As the market consolidates, Peabody could emerge stronger on the other side. It has quite a bit of debt, but very little of that is due before 2018. Still, the U.S. offers a shrinking market, not a growing one. Across the Pacific, China looms large as an export market, which the company will serve through its Australian assets. And here is where the real bad news is located. China’s shrinking coal demand, in part hammered by protectionist tariffs that were aimed at Australian producers, has particularly damaged Peabody. The company will survive, but it hardly an appetizing prospect for even the most aggressive investors.

The same may be true for mining giant Glencore PLC, a Swiss multinational that has a large stake in Australian coal mines. Having made a bullish bet on Australian coal, which is essentially a bet on Chinese demand, Glencore is now seeing major weaknesses in the value of its mines. In November 2014, Glencore closed down a series of mines across Australia for three weeks because of insufficient demand in China. That resulted in 5 million tons of coal not produced over that time period. Its net income dropped by 7% in 2014. Aside from coal, Glencore is also exposed to the broader commodities bust: it has major investments in copper, zinc, nickel, and gold mining, metals that have all seen their prices fall precipitously. The one thing Glencore has going for it is its oil trading business. It does a lot of storage and arbitrage in the oil markets, something that has experienced a sudden surge in demand due to gyrating oil prices.

But in even worse shape are companies like Alpha Natural Resources, Inc. and Arch Coal Incwhich see no light at the end of the tunnel. Drowning in debt, these companies are flirting with a liquidity crisis and potential bankruptcy. Unlike their larger rival Peabody, Alpha and Arch have a much heavier presence in Appalachia, some of the most expensive and least productive coal mines in the country. Having been largely mined out, mines in West Virginia, Kentucky, and Virginia are not growth areas. Far from being a long-term investment, Alpha and Arch could be targets for investors looking to short the coal market.

Coal used to be a sure thing. It has been the major provider of electricity for over a century, and until recently, that looked unlikely to change. But it is changing, and quickly. Rising costs for coal come at a time when nearly all competing sources of electricity generation are seeing their costs fall. Coal will certainly be around for years to come, but its market share is declining.

The scary thing for many coal providers is the possibility that the decline could accelerate unexpectedly. Indeed, the fact that China has defied all reasonable energy forecasts by actually reducing its coal consumption in 2014 is very bad harbinger for the future of coal. If investors want to take a position on coal, going short looks a lot safer than going long. – Smarteranalyst.com