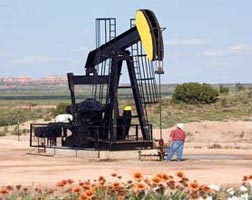 Breitburn Energy Partners LPtoday announced that it closed the previously announced private offerings of US$350 million of Series B perpetual convertible preferred units and US$650 million of senior secured notes (Senior Notes) to investment funds managed by EIG, and other purchasers. In addition, Breitburn announced that it has amended its credit facility to allow for the issuance of the Senior Notes and to establish a revised borrowing base of US$1.8 billion through April 2016, subject to limited exceptions.