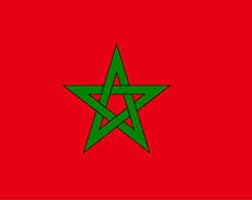 Continuing their push for more energy diversity, Morocco inked an agreement with an Abu Dhabi firm to explore offshore oil and gas potential in the Mediterranean.

The deal continues Morocco’s multi-year push towards broadening their energy base. The North African country currently depends on costly imports for virtually all of its oil and gas needs. Over the last five years, Morocco has initiated a series of new energy development projects, including both traditional hydrocarbon development and renewables, which Rabat hopes will someday provide a much larger share of the country’s energy mix.

According to The National, the country hopes to provide 42 % of its energy needs with renewable energy options by that year, with the remaining coming from fewer imports and a burgeoning domestic production sector.

Late last year, it was reported that after modest interest for much of the last decade, a number of larger oil and gas firms have arrived in Morocco in pursuit of the country’s mainly offshore potential. Joining smaller operators like San Leon Energy and Longreach Oil and Gas, energy majors have begun targeting the country’s potential reserves with more than 10 wells planned over the next year, according to a Bloomberg report – more than twice what the country has seen over the last ten years. Since January, BP, Chevron and Cairn have all announced new projects or buy-ins to existing efforts, despite the country’s lackluster history of viable oil and gas discoveries.

However, this latest deal differs from earlier efforts as it focuses on the country’s Mediterranean, not Atlantic coastline.

According to local media reports, the agreement grants the “Emirati company an exclusive reconnaissance license to carry out a detailed geological survey of the hydrocarbon potential of an area comprising 3,433 square-kilometers off Morocco’s Mediterranean coast.”