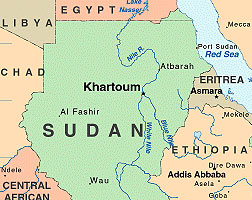 China gets a new contract to explore new areas for oil and gas in Sudan.

Sudan’s Petroleum and Gas Minister Mohamed Zayed Awad announced that “China has agreed to enter into new oil exploration projects and expand its oil operations in the country,”

The minister said that China will explore the Red Sea area, develop oil-production fields, and introduce natural gas in Sudan to help the oil sector.

“China will start gas production in zone 15 in the Red Sea, in zone 4, known as Baleela field, and zone 6 north of Heglig in West Kordofan State, as well as zone 8 in Souki in the east of Sinnar State” he explained.

China is the largest foreign investor in Sudan, which hosts China’s biggest investment in the African continent.