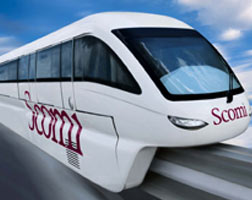 “About 20 bids worth USD800 million were awaiting approval and will be known within the next two or three quarters,” he told reporters at the group’s AGM here yesterday.

According to Zubaidi, the company vied for the tenders outside the country, like in Middle East, Turkmenistan, Thailand, India, Myanmar and Indonesia. He also said the total order book for its O&G services are worth USD1.4 billion.

One of the projects Scomi handles is the RM494-million Mumbai monorail project. Scomi Engineering will supply 12 sets of four-car trains and a new depot as well as upgrade stations, signaling, power supply, and other rail systems. The company already delivered 11 of the 12 train four-car sets ordered for the said project.

“We have completed the installation of a 450-tonne girder and it is a milestone for phase 2 of the project as well as the last hurdle for the completion of civil works,” he said, adding that phase 2 would commence operations in the middle of next year.