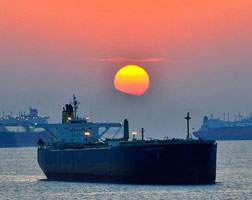 A shortage of storage may force China to curb purchases of crude oil for its strategic reserves, according to a high-ranking representative of the state oil company Sinopec.

The world’s largest oil importer bought a record amount of crude at the end of last year, as oil prices plunged. But the country has been unable to fully take advantage of low international crude prices to build strategic reserves because of insufficient storage capacity.

Chen Bo, president of Unipec, the trading arm of Chinese state oil company Sinopec, told an oil industry conference on Wednesday that Chinese import demand this year would likely stay flat or rise only slightly as available storage is close to full.

Carsten Fritsch, analyst at Commerzbank said: “Although new storage capacities are being built, they are not yet available. Consequently, China is likely to import considerably less crude oil in the near future.” This could weigh on prices, he added.

China took advantage of a plunge in international crude prices to almost six-year lows at the end of the year to buy oil. December net imports rose to 7.1m barrels a day, from 6.3m b/d the same month the year before, according to customs data.

“These numbers are still strong, but underlying demand is a bit weaker. Although gasoline demand has increased, demand for diesel and other fuels used in industry has fallen,” said Abhishek Deshpande, oil analyst at Natixis.

“In turn, refineries have processed far less crude in recent months and a lot of this has gone into storage,” he said.

China last year announced it held 91m barrels in four locations in its first phase of strategic petroleum reserves. A second phase is in the process of being filled while a third phase is under construction, and Beijing has not released figures for the volumes of crude held in those tanks.

Strategic reserves in the northern port city of Tianjin appear to be already full, Tom Reed, editor at oil industry publication Argus Media, told the FT at a conference.

A slowdown in SPR fills would run counter to expectations of the International Energy Agency, which in a March report said China was “expected to again stockpile crude in 2015” as new storage capacity is completed.

Although China is also adding commercial storage capacity, the oil price slump may discourage state oil companies from stocking up.

This week, Sinopec reported a loss in the fourth quarter and warned its first-quarter profits were “estimated to be in the vicinity of the break-even” thanks in large part to the decline in market value of crude inventories purchased at higher prices. – Reuters