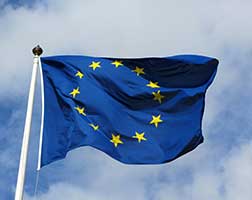 19 member states have missed the deadline by more than nine months, despite EU leaders at their summit last week calling for full implementation and rigorous enforcement of existing efficiency laws as part of the flagship Energy Union project.

EU officials told EurActiv that only nine nations had declared they had transposed the directive onto their national lawbooks. 16 have not fully transposed it, and three have made absolutely no progress, the source said.

The source would not reveal the names of the countries, citing possible future legal action by the European Commission.

Italy, Malta, Cyprus and Sweden declared they had fully transposed the rules at the time of the 5 June 2014 deadline.

It is thought to be too early for today’s procedures, which can ultimately end in fines imposed by the European Court of Justice, to include the 19 nations.

In November, Bulgaria and Hungary were asked by the executive to fully transpose the rules, one of the steps before stronger legal action.

The Commission has a policy of not communicating about its infringement procedures before they are announced. But the executive has signalled its intent to toughen up on countries unwilling to fully implement EU efficiency laws.

Its blueprint for Energy Union, backed by leaders at their meeting in Brussels, demands “fully implementing and rigorously enforcing” efficiency laws.

The Commission is on track at the moment to launch all infringement procedures against all the member states who have not applied the regulation in many areas – but mainly in energy efficiency,” Cañete said.

Analysis by the Coalition of Energy Savings found that most member states had not presented credible plans to deliver the directive’s requirement to save at least 1.5% end-use energy annually.

Denmark and Ireland were the only countries to present credible plans, the Coalition said after it assessed the implementation of article seven of the directive.

French NGO CLER has also reported France to the Commission for not implementing the law properly.

Member states have only half-heartedly embraced, or are simply non-compliant, with the EU’s Energy Efficiency Directive, which came into force in late 2012, according to analysis by the Buildings Performance Institute Europe last year.

Other member states, such as Austria, Denmark and the Netherlands were not compliant, according to BPIE. France, Germany and the Brussels Capital Region were just partially compliant. The research showed that the United Kingdom, Czech Republic, Romania and Spain’s strategies were acceptable, but there was still room for improvement. – EurActiv