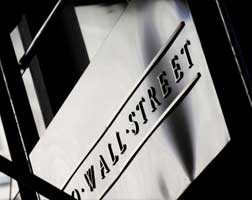 U.S. stocks fell for a second straight session on Tuesday, with equities maintaining a tight range that corresponded with currency fluctuations as traders focused on the dollar’s strength and its possible effect on corporate earnings.

Data from home sales to inflation and manufacturing indicated the U.S. economy remains strong, but failed to alter expectations of a faster or steeper monetary policy tightening path at the Federal Reserve.

Traders have honed in on how the Fed will react to economic data, as a June interest rate increase remains a possibility. Stocks have been inversely correlated to the U.S. dollar and several multinational companies have given earnings forecasts that cited a negative impact from a strong greenback.

“I don’t think there is a tremendous amount of trepidation about earnings season. We will clearly see the impact of lower energy prices as well as the stronger dollar,” said David Lefkowitz, Senior Equity Strategist at UBS in New York.

“Those two factors are fairly well-known, so I don’t expect it is going to be much in the way of a surprise for most companies when they do report earnings, but clearly those temporary factors are going to weigh on the growth for the first quarter.”

The S&P energy index .SPNY lost 0.8 % as Brent crude LCOc1 settled down 1.5 % at $55.11 a barrel after the dollar gained ground against the euro EUR=. The dollar index .DXY zigzagged between gains and losses against a basket of major currencies and was up 0.14 % on the day.

Declines on the Nasdaq were tempered by a boost from Google (GOOGL.O), up 2.2 % to $577.54. Morgan Stanley’s (MS.N) chief financial officer is leaving the bank to join Google.

Biotechs were down for a second straight session, pulled lower by a 2.4 % drop in Biogen (BIIB.O) to $452.71. The Nasdaq biotech index .NBI is down 2.9 % in the past two sessions after snapping an eight-day winning streak.

Volume was light, with about 5.29 billion shares traded on U.S. exchanges, below the 6.8 billion average so far this month, according to BATS Global Markets.