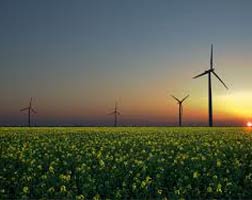 China generates most of its electricity by burning fossil fuels, just as every rising economic power has done since the Industrial Revolution. But to focus on this single fact risks overlooking a notable trend. The Chinese system of power generation is turning green – far more quickly than any other system of comparable size on the planet.

This trend is visible in three areas. The first is electricity generation. According to data released by the China Electricity Council, the amount of power that China generated from fossil fuels in 2014 decreased by 0.7 % year on year, the first drop in recent memory. Meanwhile, power generation from non-fossil-fuel sources increased by 19 %.

Remarkably, nuclear energy played only a small role in this change. Electricity generated by strictly green sources – water, wind, and solar – increased by 20 %, with the most dramatic growth occurring in solar power generation, which rose a staggering 175 %. Solar power also surpassed nuclear in terms of new energy produced, providing an extra 17.43 terawatt-hours last year, compared to 14.70 terawatt-hours from nuclear sources. And, for the third consecutive year, China generated more electricity from wind than from nuclear energy. Given this, the argument that China will be dependent on nuclear power plants for non-carbon sources of electricity appears to have little merit.

The second area in which the green trend has become apparent is China’s total electricity-generating capacity. The country’s power system is now the world’s largest, capable of producing 1.36 terawatts, compared to the United States’ one terawatt.

Direct comparisons of different power sources are difficult, because the use of wind, solar, nuclear, and fossil-fuel plants varies according to the time of day. But a look at annual data can offer insights into how the entire system is changing.

The evidence is plain: The country is putting more money toward green sources of electric power than toward those reliant on fossil fuels. Indeed, China is spending more on green energy than any other country.

As a result, wind, water, and solar power accounts for 31 % of China’s total electricity-generation capacity, up from 21 % in 2007, while nuclear power accounts for another 2 %. These results exceed the goal established by China’s 12th Five-Year Plan, which projected that power generating capacity based on non-fossil-fuel sources would account for approximately 30 % of the country’s electricity system by 2015.

Finally, the trend toward green energy can be seen in China’s investment patterns. The evidence is plain: The country is putting more money toward green sources of electric power than toward those reliant on fossil fuels. Indeed, China is spending more on green energy than any other country.

Much depends on the success of China’s energy reforms, and in particular on its efforts to build the world’s largest renewable power system – an ambition far larger than anything imagined, much less attempted, in the West. This makes it all the more important to report accurately on the system as it evolves, in order to comprehend the overall direction of change.

China’s power system remains heavily based on coal, and much more will be burned before the system can accurately be described as more green than black. But the direction of change is clear. This needs to be acknowledged – and factored into discussions of global energy and energy policy. –Eco-business.com