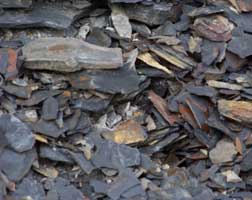 A shale boom might be on its way for China as shale oilfield was discovered in northwestern China. Analyst from Morgan Stanley, a US investment bank, said that the surge for shale drilling might boost oil outputs and strengthen service companies in the country.

PetroChina’s oil test showed that the Jimsar field in Xinjiang province has a daily output of 100 tonnes or 733 barrels of shale oil. This is a strong indication that the oil field has a potential for a shale oil market.

“We believe the Jimsar shale oil discovery is likely to trigger China’s shale oil revolution,” Andy Meng, an analyst at Morgan Stanley said, “We expect a further capex rise in 2019, which could make onshore oilfield services names the key beneficiaries.”

Morgan Stanley estimates that China’s shale oil field could harness 100,000 to 200,000 barrels per day (bpd) by 2025. Although it is just a fraction compared to US shale field,  which can produced 8.3 million bpd , it could still help China in its oil consumption since the country is considered as the world’s largest crude importer.

Although US can produce more shale oil than the Jimsar shale oil field, China can out-produce US in underground shale gas. Shale gas production is not new to China. For years, the country drills for shale gas, but due to some restrictions and geological difficulties, progress has been stalled. Meanwhile, this is the first time for China to engage in shale oil production.

Nonetheless, Morgan Stanley said that the discovery of the oil field will spur more spending and revenues for oilfield service companies. Potentially, the SPT Energy Group and Jereh Oilfield are among who can benefit from the shale oil field.