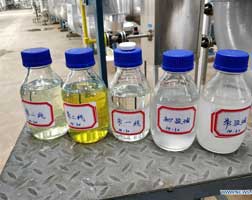 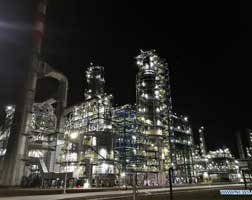 Chen said that the operation of the atmospheric and vacuum distillation unit is safe and stable, indicating that the unit has been successfully started, which laid the foundation for the project to enter the entire process of the refinery.

According to Chen, Hengyi’s PMB project is being developed in two phases. The first phase takes up 276 ha of land and a total investment of US$3.45 billion, and Hengyi is planning to commit a possible further US$12 billion for development of the second phase.

The first phase of the project has a processing capacity of 8 million tonnes/year of crude oil. The crude oil needed for the project will be provided partially by Brunei, and the rest will be imported from the surrounding oil-producing countries.

Haji Mat Suny, Brunei’s Minister of Energy, Manpower and Industry had said in February that after full operation, the PMB project is expected to increase Brunei’s GDP by US$1.33 billion in the first year and create more than 1,600 jobs.