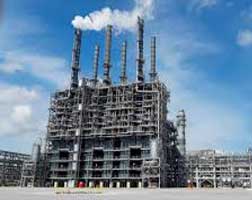 Lotte Chemical Titan Holding’s US-based joint venture company Lotte Chemical USA Corp has started operations of its ethane cracker and monoethylene glycol (MEG) plants on an integrated basis. A 40:60 joint venture investment project with a total investment capital of US$$3.1 billion between Lotte Chemical Titan and Lotte Chemical Corporation (LCC), South Korea, tlarge-scale petrochemical facility is located in Lake Charles, Louisiana. It comprises two manufacturing facilities that has the capacity to produce 1 million tonnes/year of ethylene and 700,000 tonnes/year of MEG. The Houston area, where Lake Charles is located is the world’s largest oil refinery hub for oil and gas production and logistics in the United States.

Through this project, the Lotte Group says it is the first South Korean petrochemical company to build and operate a petrochemical complex in the US. This project will expand the group’s global presence and contribute to LCC’s global ethylene production capacity, which will reach 4.5 million tonnes/year, making it the largest domestic and seventh largest producer of ethylene in the world.

Axiall Corporation will offtake half of the ethylene produced from the ethane cracker and the other half will be consumed by the LC USA MEG Plant as the primary feedstock. The MEG facility is wholly owned by LC USA and Lotte Chemical Titan has a 40% stake in this facility..