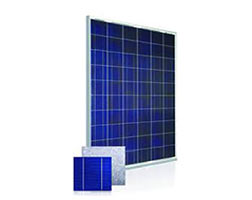 Chinese solar panel maker Seraphim Solar announced Wednesday that it will invest US$50 million to open its first U.S. factory in Jackson.

The company said it will hire 250 workers over its first five years to assemble solar modules.

City spokeswoman Shelia Byrd said the city is in final negotiations on incentives, but said she didn’t know when an agreement might be finalized. Any agreement would have to be approved by the Jackson City Council. The city thanked the Mississippi Development Authority for its assistance in a Wednesday news release, but MDA spokeswoman Marlo Dorsey declined to give details.

The city of Jackson says Seraphim would have an annual payroll of up to US$7.3 million and has agreed to try to recruit Jackson residents and construction firms for work.

“We’re partnering with a company that will provide innovative solutions that will lead and model how the country consumes energy,” Jackson Mayor Tony Yarber said in a statement.

Seraphim said it would complete the first phase of its project by year’s end, with a second phase to follow in 2016.

Some Chinese solar firms have sought to open factories abroad because of U.S. tariffs imposed on some Chinese-made panels after the U.S. Commerce Department ruled goods were being sold below fair-market value or were subsidized by Chinese government agencies. It wasn’t clear Wednesday whether those tariffs apply to Seraphim’s products.

Mississippi’s experience with solar energy firms has been difficult. Solar panel maker Twin Creeks went out of business in Senatobia after receiving US$27.7 million in aid but creating few jobs. The state loaned Stion US$75 million to set up a factory in Hattiesburg, but the company is far from reaching the US$400 million investment and 1,000 employees it promised in 2011. Stion, which is also getting property tax breaks worth more than US$1.5 million a year, notified the state in April that it was laying off 30 people. – Washington Times