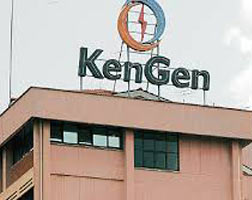 Power producer Kenya Electricity Generating Company (KenGen) plans to add another 450 megawatts (MW) to the grid from wind and geothermal in the next three years at a cost of at least US$710 million, its chief executive said on Wednesday.

Kenya, which relies heavily on renewables such as geothermal and hydro power, aims to expand installed capacity to about 6,700 MW by 2017, from about 2,500 MW now. It also aims to halve bills from around US$0.17-0.18 per kWh in three or four years.

High costs and power cuts are regularly blamed for holding back Kenyan businesses and making them uncompetitive.

“We are talking of adding about 350 MW of geothermal and about 100 MW of wind … in the next three years,” KenGen Chief Executive Albert Mugo told reporters.

Mugo said 350 MW will be from three geothermal power plants in the Rift Valley’s Olkaria, where other plants are based.

Two of the plants with total capacity of 210 MW would cost a total US$600 million and could be working by early 2017, he said.

KenGen, in which the state has a 70 % stake, and the Finance Ministry were seeking a transaction advisor for a third plant in Olkaria, with 140 MW capacity.

KenGen is also planning a 100 MW wind project in central Meru County using 100 million euros (US$110 million) in financing from French and German development institutions. The project could expand to 400 MW by 2025, he said.

Kenya’s first major wind farm, with capacity of 310 MW and being developed by a private group in north Kenya, could start producing power from its first turbines in September 2016.

KenGen says it aims to use US$1.3 billion, mainly in concessional financing, on renewable power projects in the next two to four years.

Plans for a rights issue to raise 30 billion shillings (US$300 million) were at an advanced stage, he said, adding more details could be announced in a month or so. The issue was originally planned for the first quarter of 2015.

“We will be coming up with a programme as soon as the advisors have looked at our information. We will then firm up the programme for the rights issue.” he said. – Reuters