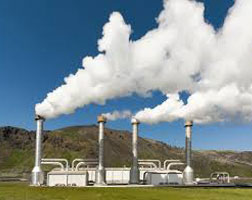 Researchers with the University of Hawaii are looking to more than double the number of geothermal energy survey sites they originally intended to study.

The Hawaii Tribune-Herald reports The Center for the Study of Active Volcanoes at UH-Hilo obtained permits in March to begin looking at geothermal energy under the dormant Hualalai volcano.

Director Donald Thomas says they were told by the Department of Land and Natural Resources that some of their original nine parcels required expensive environmental assessments before research could begin. So the Center decided to replace those parcels and increase the number of locations to 19.

Thomas says he hopes the study will generate useful information about geothermal energy and groundwater.

The state Land Board is scheduled to consider the matter during its meeting Friday. – AP