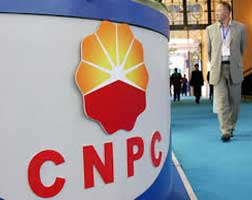 CNPC general manager Liao Yongyuan is being investigated by the ruling party’s Central Commission for Discipline Inspection (CCDI) for “severe violations of discipline and law”, the watchdog said in a statement late Monday.

It gave no details, but the phrase typically refers to official corruption.

Liao was also vice chairman and non-executive director for PetroChina, the listed unit of CNPC.

In a statement to the Hong Kong stock exchange, PetroChina said business was normal: “The company is in normal production and operation.”

PetroChina shares were down 0.73% in Hong Kong trading late Tuesday morning, but up 0.18% in Shanghai, where it is also listed.

The announcement of the investigation is the second in two days involving a state-owned enterprise after the CCDI said Sunday that the top executive of the country’s third biggest automaker, China FAW Group, was also under investigation for violating the law.

The CCDI said early this year that it plans to investigate all major state-owned enterprises.

Chinese President Xi Jinping launched a much-publicised drive against corruption after he came to power two years ago, vowing to target both high-level “tigers” and low-ranking “flies”.

Liao’s recent case is not the first involving the energy sector, with the highest-profile casualty so far, fallen security chief Zhou Yongkang, himself a former head of CNPC.

The government has not publicly announced the results of those earlier investigations.