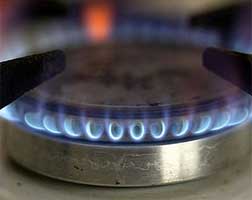 Profits of the Big Six energy companies increased tenfold from 2007 to 2013, fresh analysis from the competition watchdog investigating the sector shows.

The six largest firms earned a combined £110 million from their domestic gas and electricity supply businesses in 2007, before paying interest and tax. By 2013 that had increased to more than £1.1 billion, the analysis, published by the Competition and Markets Authority (CMA) on Monday night, shows.

Most energy companies made much higher profit margins on their standard variable tariffs – those that the majority of their customers remain on – than on fixed price deals, the CMA found.

The watchdog launched an investigation into the energy sector last year amid allegations companies were ripping off their customers.

Tom Greatrex MP, Labour’s shadow energy minister, said: “This is yet more evidence that energy companies are increasing their profits on the back of spiralling bills for households and businesses.

“The next Labour Government will freeze energy prices until 2017, so that bills can only fall and not rise, and give the regulator the power to cut bills in time for winter.”

Energy companies are however likely to point out that most of them were actually losing money on their gas supply businesses in 2007 and 2008 and that £2.32 per fuel, per household was a profit margin of just 0.6 % before interest and tax.

The 2013 profits of £23.71 per fuel, per household equated to a 3.9 % margin before interest and tax – still lower than the 5p-in-a-£1 target most of the suppliers claim would be justifiable.

Recent estimates by Ofgem, which are fiercely contested by the energy industry, suggest that the major suppliers stand to make more than £110 per household for both fuels over the next 12 months.

The analysis also masks significant variation in the fortunes of each of the Big Six – British Gas, SSE, ScottishPower, EDF Energy, E.On and Npower – which has been redacted by the CMA.

Separate analysis published by Ofgem last year shows how EDF was consistently loss-making in recent years while British Gas made consistently higher profits than the rest of its peers.

Last month the CMA published initial findings showing that the vast majority of UK households had been paying £234 too much for their energy because companies charged loyal customers higher prices.

In its analysis on Monday the CMA said that most of the companies made higher gross profit margins on their variable tariffs than their fixed tariffs and questioned how this was justified.

The CMA is due to formally publish its findings shortly after the general election. Labour has insisted it would press on with its proposed price freeze and reforms to the sector regardless of the findings.