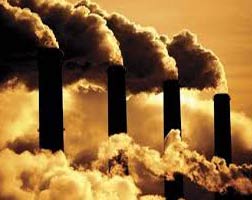 If it goes into effect, the new law will impose strict fines on these companies.

Clean energy industries and environmentalists see the plan, which would be phased in from 2017, as an essential step to meeting the government’s energiewende blueprint for a 40% cut in carbon output by 2020.

But a German energy industry association survey found that 53% of investors in power plants scheduled to come online in the next decade had frozen their involvement in the projects because of political uncertainty.

“If politicians carry on as they do now then there will be no new, modern power stations. There are no incentives whatsoever for investments, despite politicians emphasising all the time that they aim to change this,” BDEW’s managing director said in a statement on Monday. “It is also likely that further closures will follow.”

The issue is fast becoming a test of the German government’s commitment to decarbonise its economy, with German trades unions threatening mass mobilisations against a measure that they say would put 100,000 jobs at risk.

A spokesman for the European Trades Union Confederation told the Guardian that they would support unions wanting to ensure that climate action was taken in a way that preserved workers’ jobs and communities.

“We call for a just transition to a low carbon economy,” Julian Scola said. “This means that the energy revolution has got to be fair and workers and communities cannot simply be left behind. There have to be negotiations with trades unions and plans must be put in place to assist workers to upgrade their skills and move from high carbon to low carbon industries.”

Opposition to the plan has been concentrated in the east German regions of North Rhine Westphalia and Saxony, which would be most affected. Many politicians from Angela Merkel’s governing coalition of Christian Democrats (CDU) and Social Democrats (SPD) have protested the new carbon limits.

But the German SPD MEP, Jo Leinen told the Guardian: “If this proposal is abandoned, I think we will miss our climate goal. We would drive quite modern but more expensive gas power stations out of the market to continue with cheap coal and that’s not the idea behind the energiewende at all. This is about restructuring the German energy industry and phasing out coal.”

He accepted though that existing schemes to retrain workers and offer them alternative jobs might be difficult to implement in areas such as Saxony.

Hard coal and lignite are responsible for a third of Germany’s greenhouse gas emissions, and make up 44% of the country’s electricity mix. They would be the prime target of the government plan to cut 22 million tonnes of CO2 equivalent (Mtce) by 2020, which is due to be debated in the Bundestag in the summer.

Although the proposed measures would only affect the top 10% of the most CO2 intensive plants, BDEW spokesmen point to figures on the German energy regulator’s website which list 50 planned power plant closures.

But clean energy experts say the figures cited by both employers and unions in Germany are alarmist and unrealistic. In 2013, the German utility RWE produced 125.7 (Mtce), Vattenfall emitted 70MtCO2e, and E.On generated 35MtCO2e.

Sabrina Schultz, the head of the E3G environmental think tank in Berlin, said there was no evidence that the new emissions standard would cause job losses or electricity price hikes and the real risk lay elsewhere.

“If the government gives in now, an important window of opportunity will close and not open again for a long time,” she told the Guardian. “This would send the wrong message to the power sector and to investors. The transition needs to happen at any rate if Germany is serious about its climate goals. It will be way more painful and more expensive to start the transition process at a later stage.”

Absent an emissions cutting plan, Germany would also lose credibility in international climate talks, at a time when Angela Merkel was stewarding German leadership of the G7, she added.