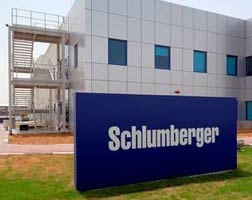 HOUSTON – 11, 000 more workers of oil field services firm Schlumberger will be chopped as the company deals with low oil price.

Oil equipment companies have been forced to fine-tune their workforce as they promise oil companies up to 20 % in price reductions for rental tools, equipment and other services, said James Wicklund, an analyst at Credit Suisse.

Wicklund said it’s likely another wave of layoffs will sweep through the service industry after this year’s first in recent months, when major players announced more than 40,000 workers would be tossed from the oil-tool suppliers. It’s even possible a third wave will take place in the third quarter, albeit smaller than the first two.

Schlumberger’s workforce peaked in the third quarter of 2014 with 126,000 employees. Spokesman Joao Felix said the reductions are in progress and should be completed in the second quarter.

Schlumberger, based in Houston, Paris and the Hague, said it took a US$390 million charge in the first quarter related to the job cuts and a company leave-of-absence program. It blamed the “severe fall” in North American oil field activity as U.S. producers parked hundreds of drilling rigs and cut billions of dollars in spending.

The firm, which is the world’s biggest oil field services provider, said its first-quarter revenues fell to US$10.2 billion, down 9 % from the same January-March period last year. The figure was off by 19 % compared to the fourth quarter of 2014, a sign that the oil crunch hit sales harder in the new year.

In a written statement, CEO Paal Kibsgaard said three quarters of the 19-% sequential drop in revenue came from lower activity and pricing concessions, but the firm was able to mitigate some of the blow to its profit margins by managing costs and accelerating a “transformation” program designed to make product lines and regional units more efficient.

“Schlumberger was already going through a transformational process, identifying ways to be more efficient,” Wicklund said. In first-quarter conference calls, “the thing we will hear most about is efficiency. Efficiency and returns.”

Stewart Glickman, an analyst at S&P Capital, said after a series of cost-efficiency efforts in the service industry in recent years, it’s hard to see where the company and its rivals can cut without slicing into muscle.

“It makes me wonder how much more fat is there to cut beyond what they already did,” he said. “I don’t know there’s a lot of easy pickings in terms of supply chain improvements. If you really need to lower your cost base, you need to roll the dice and use fewer people and hope you’ll get good people again.”