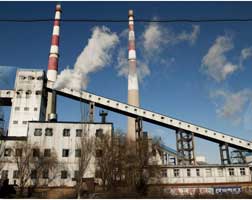 The coal demand in Asia is still likely to increase in the coming years despite countries like China, India and Japan agreeing on limiting fossil fuel pollution, according to an analysis of Bloomberg New Energy Finance (BNEF)delivered at a conference in Shanghai, China earlier this month.

The BNEF findings show that the world is still far from its goal of controlling the threat of global warming. At the same time, investments in clean energy are also expected to decrease by 15-20% this year, according to BNEF Founder and Advisory Board Chairman Michael Liebreich.

Sluggish economic growth, moves by policymakers to reduce costs and the falling price of wind and solar equipment will make it harder for the industry to bounce back to a new record in the next five years.

China builds two new coal plants a week, but this may decrease to only one in the next five years as growth in demand for power slides and policymakers move to rely less on coal for power generation.

Japan is also pushing ahead with new coal-fired plants based on an assumption that power growth will continue for the next 15 years.“The utilities are seeing how difficult it is to restart the nuclear power stations after Fukushima, so they’ve decided to build coal,” Liebreich said.

Coal use is still rising too fast and renewables too slowly to remain consistent with the climate change goals agreed to through the United Nations (UN) talks.

“If Asia keeps building coal-fired power stations, then there is no way of sticking within a carbon budget consistent with 2 degrees,” he said.