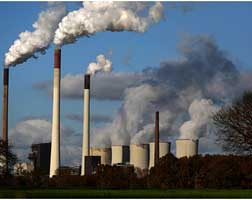 Europe’s electricity sector has announced its plans to ensure no more investments will be made on building new coal-fired power plants after the year 2020.

EURELECTRIC members have made a new commitment to not only pledge to decarbonize the sector, but a measurable pledge to not build and invest in more coal-fired power plants after 2020.

“26 of 28 member states have stated that they will not invest in new coal plants after 2020,” said Kristian Ruby, EURELECTRIC’s secretary-general. “History will judge this message we are bringing here today. It is a clear message that speaks for itself, and should be seen in close relation to the Paris agreement and our commitment to provide 100% carbon-neutral electricity by 2050.”

The Union of the Electricity Industry (EURELECTRIC) said that its 3,500 members across every EU Member State, except Greece and Poland, were “determined to play a key role in providing clean energy for all Europeans and make electricity a central energy carrier for the low carbon economy.”

“The power sector is determined to lead the energy transition and back our commitment to the low-carbon economy with concrete action,” added EURELECTRIC President and CEO of the Portuguese energy group EDP, António Mexia. “With power supply becoming increasingly clean, electric technologies are an obvious choice for replacing fossil fuel based systems for instance in the transport sector to reduce greenhouse gas emissions.”

The announcement comes only days after several big-ticket findings regarding the low-carbon transition in Europe. A new report from climate change research provider CDP found that major European utilities are risking EUR14 billion worth of earnings if they do not rapidly respond to climate targets laid out in the Paris Agreement. This new announcement from EURELECTRIC would seem to be at least a big step in the right direction for mitigating these risks.

The European Environment Agency this week also announced that the share of renewables in the EU’s energy mix has increased from 15% in 2013 to 16% in 2014, and up to 16.7% in 2015, and that renewable energy accounted for 77% of all new electricity-generating capacity added in 2015, the eighth year in a row it has accounted for the majority of new additions.