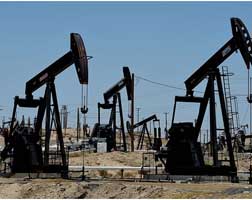 China has now overtaken Canada as the biggest importer of US light crude oil, according to data by the US Census Bureau crunched by Bloomberg. In February 2017, US crude sales to China increased almost fourfold, hitting 8.08 million barrels as compared to the 6.84 million barrels the US exported to Canada which shows a 20% monthly drop.

While members of the Organization of Petroleum Exporting Countries (OPEC) and other non-members are limiting oil production to balance the market and bring oil prices back up, US crude oil production and exports are steadily growing.

US crude oil exports reached a record high of 31.2 million barrels in February, the data showed.

US crude oil exports to China started surging in November last year, according to data by the US Energy Information Administration (EIA) available through January this year. In January 2017, China bought 2.003 million barrels of US crude.

John Auers, executive vice president at energy consultant Turner Mason & Co, commented for Bloomberg on the development: “The US is a larger exporter of crude than many OPEC countries. That China is buying more means that the US has become a larger player in the global crude export market.”

Two of the main reasons for the high US exports and increased Chinese buying of US crude were the seasonal refinery maintenance in the US Gulf Coast, and the Dubai benchmark for Asia becoming more expensive due to the OPEC production cuts, Auers reckons. This has opened an arbitrage window for US grades to be shipped to Asia.

In a sign that China buying US crude will continue after February, China’s Sinopec has bought 1 million barrels of the US Mars Blend crude for loading in April, a person familiar with the plans said in an interview with Bloomberg.