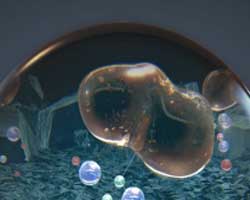 Butamax Advanced Biofuels, a 50/50 joint venture between oil/gas company BP and Netherlands-headquartered chemicals firm DuPont, combining expertise in fuels with industrial biotechnology, has acquired Nesika Energy and its ethanol facility in Scandia, Kansas. Butamax will now start the detailed engineering work to add bio-isobutanol capacity to the facility, while continuing to produce ethanol before and after adding this capacity.

Bio-isobutanol is a cost-effective alternative to isobutanol derived from fossil feedstock. Produced from renewable feedstocks, it offers both a valuable option for growing the renewable content of gasoline and a lower carbon alternative to fossil-derived isobutanol in existing chemical applications. As a fuel, it can be blended with gasoline in higher concentrations than ethanol without compromising compatibility or performance. Bio-isobutanol blends do not suffer from the water solubility issues of ethanol, which means they can be transported via existing fuel pipelines. In the chemicals industry, it is used both directly and as an important building-block for a wider range of products.

Dev Sanyal, BP’s Chief Executive of alternative energy, said, “With the largest operated renewables business among the major oil companies, BP is committed to being a part of the global transition to a lower-carbon future. We invest in renewables where we believe we can build commercially viable businesses at scale, and this project, which brings together BP’s and DuPont’s complementary expertise, is another important step in that direction.”

“To drive growth in US manufacturing, we must employ disruptive thinking and innovation to unlock the power of renewable raw materials,” said William F. Feehery, President, DuPont Industrial Biosciences. “With the purchase and planned build-out of the Nesika facility to include bio-isobutanol production, Butamax is taking the next step forward in advancing the bioeconomy, which supports economic growth and opportunity in rural communities.”

Stuart Thomas, Butamax CEO said the Nesika facility will serve to demonstrate the company’s technology at scale as well as validate process and biocatalyst improvements. “Our plan is to broadly license our technology, and Nesika and the technology deployed at the site will play a key role in that activity.”

Butamax believes bio-isobutanol’s many applications across a variety of industries, when coupled with commercial-scale production, have the potential to be a strong step forward in the growing bioeconomy. It is estimated that the bioeconomy today contributes US$393 billion into the US each year and supports 4.22 million jobs, according to the latest US Department of Agriculture estimates, many of them high-skilled, in rural areas across the US.

Butamax plans to license its proprietary bio-isobutanol technology beyond this first facility on a global scale. When the newly acquired facility in Kansas has bio-isobutanol production capability, it will be used as a demonstration facility for potential licensees to see the technology in operation and serve as a proving ground for future developments.

Butamax Advanced Biofuels was formed to develop and commercialise bio-isobutanol as a next generation renewable biofuel and chemical. The company benefits from the combination of DuPont’s proven industrial biotechnology experience and BP’s global fuels market knowledge. Butamax’s proprietary technology offers a cost-advantaged manufacturing process for isobutanol with value from field to end use.