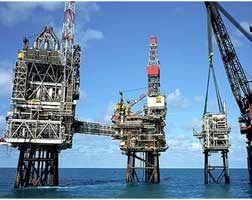 Ineos is taking over the Forties Pipeline System (FPS) and its associated oil and gas assets in the UK North Sea from BP in a deal worth up to US$250 million. The assets will transfer as fully operational units, making Ineos responsible for a strategic UK asset that delivers almost 40% of the UK’s North Sea oil and gas.

The 235-mile Forties Pipeline System links 85 North Sea oil and gas assets to the UK mainland and the Ineos site in Grangemouth in Scotland.On completion of the deal the ownership and operation of FPS, the Kinneil terminal and gas processing plant, the Dalmeny terminal, sites at Aberdeen, the Forties Unity Platform and associated infrastructure will transfer to Ineos.

It is expected that around 300 people that operate and support the FPS business at Kinneil, Grangemouth, Dalmeny and offshore will become part of the Ineos Upstream business.

Ineos Chairman and CEO Jim Ratcliffe said, “The North Sea continues to present new opportunities for Ineos. The Forties Pipeline System is a UK strategic asset and was originally designed to work together to feed the Grangemouth refinery and petrochemical facilities. We have a strong track record of acquiring non-core assets and improving their efficiency and reliability, securing long term employment and investment. I am delighted that we can now bring this integrated system back under single ownership in Ineos.”

BP group chief executive Bob Dudley commented, “BP is returning to growth in the North Sea as we bring important new projects, including the Quad 204 redevelopment and Clair Ridge, into production and pursue further opportunities beyond these. While the Forties pipeline had great significance in BP’s history, our business here is now centered around our major interests west of Shetland and in the Central North Sea.”

“The pipeline has long been an important feedstock supplier to Ineos at Grangemouth. We believe that through also owning FPS, Ineos will be able produce greater efficiencies and help secure a competitive long-term future for this important piece of UK oil and gas infrastructure,” Dudley added.

Twenty% of the oil that passes down the pipeline feeds the Ineos refinery to provide 80% of Scotland’s fuel.

The agreement further expands the Ineos Upstream business following the acquisition of the Breagh and Clipper South gas fields in the Southern North Sea from Letter1 in 2015, which currently supply gas to 1 in 10 British homes.

The acquiring entity will be Ineos FPS Limited, which forms part of Ineos Limited but is not part of the IGH SA Group. The acquisition and transfer of operator ship is targeted to be completed in the third quarter of 2017, subject to the receipt of regulatory and other third party approvals.