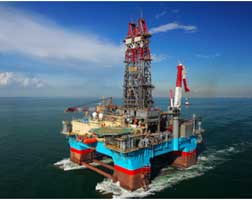 If international climate targets are reached, oil firms including Exxon Mobil and Royal Dutch Shell could lose more than a third of their budgets on oil and gas projects that will not be feasible by 2025, according to a report by the Carbon Tracker think tank and a group of institutional investors.

More than US$2 trillion of planned investments in oil and gas projects by 2025 risk becoming redundant if governments stick to targets to lower carbon emissions to limit global warming to 2 degrees Celsius, the report says.

The report analyzed the costs of oil and gas projects planned for approval by 69 companies into 2025. It then compared their carbon intensity to targets needed to meet the 2 degree limit set by the 2015 Paris agreement, which would lead to a decline in fossil fuel consumption.

According to the report, Exxon, the world’s top publicly-traded oil and gas company, risks spending up to half its budget on new fields that will not be needed. Shell and France’s Total would see up to 40% of their budgets outside the limits.

Fossil fuel companies have come under growing pressure from investors to reduce carbon emissions and increase transparency over future investments.

Sweden’s largest national pension fund, AP7, one of the authors of the report, said last week it had wound down investments in six companies, including Exxon, that it says violate the Paris climate agreement.

The world’s top fossil fuel companies have voiced support for the Paris agreement reached by nearly 200 countries. Many of them have urged governments to impose a tax on carbon emissions to support cleaner sources of energy such as gas.

President Donald Trump said this month he would withdraw the United States from the Paris accord which he said would undermine the US economy and weaken American national sovereignty.

The report gave the example of five of the most expensive projects, including the extension of the giant Kashagan field in Kazakhstan and the Bonga Southwest and Bonga North in Nigeria, which will not be needed within the 2 degree scenario.

Around two thirds of the potential oil and gas production which is surplus to requirements under the 2 degree scenario is controlled by the private sector, “demonstrating how the risk is skewed towards listed companies rather than national oil companies,” the report said.

On the other hand, Saudi Arabia’s national oil company Aramco, widely considered the lowest cost oil producer in the world, would only see up to 10% of its production uneconomical under the carbon emissions scenario, the report said.

The report’s authors said their discussions with oil companies had shown they wanted to remain flexible to respond to future developments and possible changes in the oil price.

International oil companies including Shell and BP have rejected the idea that some of their assets could end up redundant, saying the reserves they hold are too small to be affected by any long-term decline in demand.